Posted on April 8, 2009 by CleanEatingMama

This past weekend Marc, my aunt and uncle and I went to a little winery in Easter Washington called Cave B. It was a great little mini vacation to relax, drink and have fun.

If anyone has been to the Gorge Ampitheater for a concert you know the breathtaking views, the warm weather and the feeling of seclusion. Cave B is no different. Sharing the same property, everywhere you go on the Cave B property you are surrounded by the view of the Columbia river and the massive gorge that it has carved. No sirens, no street noise, no 1-5/405 rush hour… just pure relaxation. Ahhh… you make this noise a lot while staying there.

We stayed in a cabin overlooking the river. It was a good size, one bedroom with a full size bed, the other king size bed was separated from the living area with a wall that had a double sided fire place. Granite counter tops in the bathroom, stone floor and great sitting tub. The wall facing the river was top to bottom windows so you are able to have as much natural light in as possible. They were well spaced out from each other so you were not disturbing the other residents if you wanted to play some music and have the doors open.

The pool area is not covered so we were not able to take full advantage of that but just like everything else, immaculately designed with water falls and stone.

They have a spa (we did not use) that offers massage, facials and such. Also a wine tasting building – they make their own wine and the entire property is surrounded by their vineyards.

But the more we stayed there and got comfortable the more we realised that it was over priced for the value and the amenities they provided. They force you into eating at the on site restaurant since they do not offer kitchenettes in the rooms. We did bring a lot of cheese and meats in coolers which was great but there was no way to heat anything up. The only sink was in the bathroom so we were constantly going in there to wash the cutting board, rinse our glasses out and so on. The restaurant was so – so. Small menu, very overpriced and portions were small. The guys had to order two entrees to get full and dinner that night ended up being a little over 300$. Breakfast the next day was the same thing – I ended up skipping breakfast but there was a breakfast buffet (think continental breakfast at a Marriott or Embassy – breads, juice, eggs, meats, yogurt which is all complimentary at most upper end hotels) for 20$ or you could choose plates a la cart. Over 60$ for 3 meals. After breakfast we all decided we had enough spending that kind of money on so – so food.

One of the biggest reasons we went there was to try their wines. Sadly, we were not impressed, either. I know wine tasting is a personal thing and luckily all four of us has the same taste in wine so we all agreed on the tasting. There was a bottle of wine in our room as you entered – very inviting and one would think that this was a complimentary bottle since we are at their winery and all. Nope – 25$.

We ended up traveling to Quincy and found an excellent wine shop, Grapes, and had a fun afternoon chit chatting with the owner. We found some AMAZING wine and have a great time. If it wasn’t for this little pit stop we would have all felt a little disappointed in our trip. For dinner that night we went and ate at a restaurant at Crescent Bar, Sunset Grill, I believe. Food was great, service sucked but for the money it was worth it.

Now let me just say that it isn’t about the money – we all knew we were going away and really didn’t have a budget to stick by. HOWEVER when you don’t feel like the value matches to what you receive, then there lies the problem.

I know Marc and I will not go back there again, which is a shame. We will not recommend it to anyone either. It was a disappointment and we intend to let them know our thoughts so hopefully they can make some adjustments and rethink some of their decision making.

But like I mentioned earlier, the view is unbeatable, relaxing 100% and room was beautiful. And the drunker we got, the better we felt! lol
Here are some pictures: (and yes, it looks very brown and dry – that’s Easter Washington for you. I am sure the summer is a better time to go as the vineyards would be green and there would be flowers everywhere) 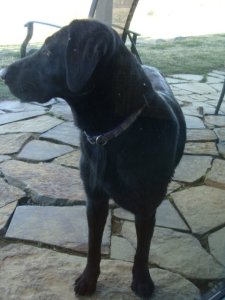 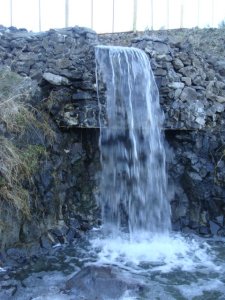 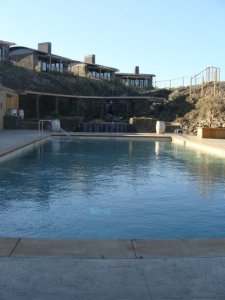 This entry was posted in Uncategorized. Bookmark the permalink.

2 Responses to Cave B